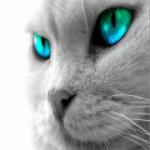 about is an internal URI scheme (also known as a "URL scheme" or, erroneously, "protocol") implemented in various Web browsers to reveal internal state and built-in functions. It is an IANA officially registered scheme,[1] and is standardized[citation needed].

In early versions of Netscape, any URI beginning about: that wasn't recognized as a built-in command would simply result in the text after the colon being displayed. Similarly, in early versions of Internet Explorer, about: followed by a string of HTML (e.g. about:<em>hello world</em>) would render that string as though it were the source of the page — thus providing a similar (though more limited) facility to the data: URI scheme defined by RFC 2397. Still other versions of Netscape would return various phrases in response to an unknown about URI, including "Whatchew talkin' 'bout, Willis?" (a catch phrase from the TV show Diff'rent Strokes) or "Homey don't play dat!" (from a recurring skit on the TV show In Living Color).[2][3]

The most commonly implemented about URIs are about:blank, which displays a blank HTML document, and simply about:, which may display information about the browser. Some browsers use URIs beginning with the name of the browser for similar purposes, and many about URIs will be translated into the appropriate URI if entered. Examples are opera (Opera) or chrome (Google Chrome). An exception is about:blank, which is not translated.

In 2010, and onwards, there are efforts to standardize the about URI scheme, and define the processing requirements for some specific URIs, in the IETF Applications Area Working Group (APPSAWG).[4] In August 2012, it was published as an official Request for Comments as RFC 6694. The about URIs that have since been defined and assigned by IANA are listed below.[5]

Many of these can also be used in Thunderbird, by setting them as the "Mail Start Page". Also, some extensions define additional about: URIs not listed here.[9]

about is an alias for opera; therefore all these URIs also work with about prefixed. User JavaScript is disabled for all URIs in the about or opera URI schemes as a security feature. These pages can, however, be styled using local stylesheets.

Internet Explorer about URIs are configurable in Windows. It is therefore possible that some of the listed URIs will not work on a particular computer. For example, "about:mozilla" was removed in SP2 (although the page can still be found at "res://mshtml.dll/about.moz"). These about URIs are sometimes used for spyware and adware, most notably in CoolWebSearch, which made about:blank display advertisements.

Note: Any about URI that is not recognized by Internet Explorer redirects to a page saying "Navigation to the webpage was canceled"

In more recent versions of Internet Explorer, many of the following do nothing, or have since been removed.

Note: Any "about:" URI is accepted, but only returns a page with the message "Well, that didn’t work".

Note: "about:" is usually (with the exception of e.g. "about:blank") translated to a "chrome://" URL in Chromium and newer versions of Google Chrome.

Note: Any about URI except about:blank and about:plugins redirects to about:konqueror.

Note: When Epiphany used Gecko as its layout engine, the general and Mozilla-specific about: URIs worked as in Mozilla Firefox. Since WebKit became Epiphany's layout engine, only these URIs are supported:[citation needed]

The about: URL originated in and has existed in all versions of Netscape browsers. It was originally added as an Easter egg to display information about the development team.[17]

Older versions of the Netscape browser have an about:people URI that was similar to about:credits above, but it would redirect to Netscape's active employee listing. In addition, about:username, where username is the username of a Netscape employee, would redirect to the Netscape homepage of the employee specified. For example, about:jwz would redirect to http://people.netscape.com/jwz/ (not an active link).[18] Not all employee pages were accessible through this scheme. Only developers who knew which file in the source tree and the encoding scheme used to obfuscate the directory of employee about entries could add their names.[citation needed]

Many other about: easter eggs existed, including the famous about:mozilla, and other less known ones that showed pictures of the Netscape mascot Mozilla in various foreign garb, such as about:deutsch showing Mozilla in Lederhosen.[19]

Some versions of Netscape would display the browser history for the about:global URI.[19]

In Internet Explorer for Mac 5 was an offline Easter egg, accessible by typing ‘about:tasman’, showing the Acid1 test with the text replaced by the names of the developers.[20]

Only about:blank is accepted; all other about: URIs trigger default address bar behavior (e.g. a Google search).

In Microsoft Outlook, an additional outlook:today URI was added, which showed the Outlook Today Screen (it shows messages, tasks and appointments and is also accessible from IE). Also, although about:blank is supported, anything else (including about:about) typed after about: would show that text as a web page in the browser.